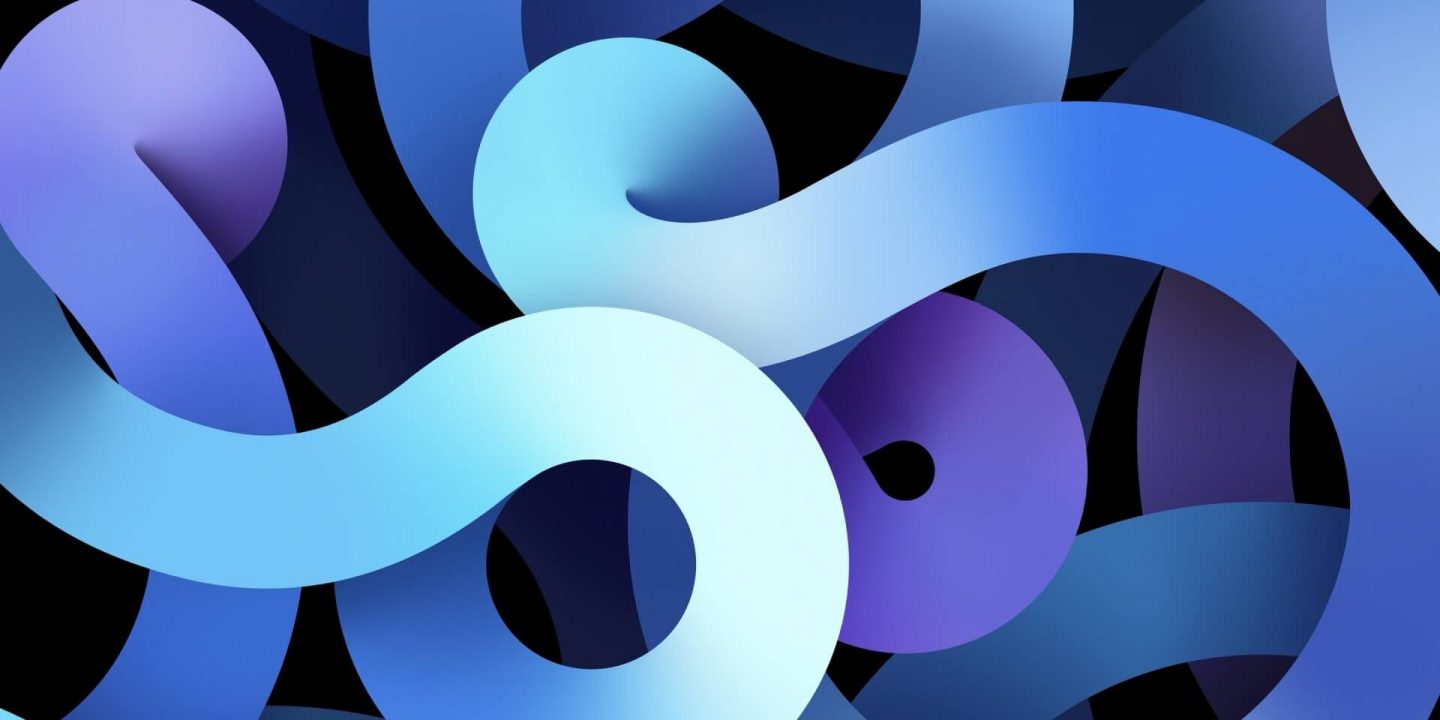 If you’re using still Windows 7, 8, or an older version of Windows, you may need good motivation to move to Windows 10 latest version. If you are looking for the same, then this guide is for you. In this article, we will walk you through the Windows 10 new features, so that you will understand that moving to Windows 10 is totally worth it.

Windows 10 updates direct from the beginning. It updates it Starts Menu. As we know that Windows 8 detractors have been claiming for, and Microsoft has finally brought back the Start Menu. In Windows 10, when you click on the Start menu at the bottom left of the screen, you get two panels side by side, with the left column showing pinned, recent, and most-used apps.

In Windows 10, you also get a power button at the top for options as Hibernate, Standby and Shutdown, and all apps. You can see that the right column features a selection of live tiles that you can customize, resize and reorganize.

The best part that the search files at the bottom will look up related Internet results in addition to programs and files (as it did on Windows 7).

You don’t need to use your finder on Windows 10 for every task, because Windows 10 bring Microsoft’s voice-controlled digital assistant Cortana to desktop computers. It can make it easier for you to interact with your device without lifting a finger. Using Cortana you will be able to search your things, files, pull up photos from specific dates, or launch every task just by telling your PC to do so. Cortana works for you as you will. You can even get Cortana to send an email while you’re working on a spreadsheet, making multi-tasking much easier.

We don’t talk about the Touch ability of Windows 10. Actually, for now, Windows 10 doesn’t support touch but the Windows 10 version of Office apps Word, Excel, PowerPoint, and Outlook will provide a touch-first interface across phones, tablets, and PCs. The persistent function ribbon at the top of the apps is now an app bar that shows up only when you need it. For instance, in Outlook you will now be able to delete messages from your inbox by swiping each entry to the left. Swiping to the right flags that messages, the apps will look and perform the same way on a PC as they do on a mobile device for a more coherent experience.

By linking to between your phone and your Windows 10 PC, you can see your recent messages or send text messages right from your computer. You can also see photos on your phone and transfer them back and forth.

Windows 10 always care about your workflow. Windows 10 will take your productivity to a whole new level. You just need to drag any of the open apps up to the New Desktop icon at the top of the Task View. This created a new virtual desktop session you can switch to and stay focused on the task at hand. This amazing option is quite similar to the Alt-Tab combination shortcut on your keyboard, but this presents a convenient way for touch-oriented users to get an overview of what’s running. It will help you to create one session for your social media or web browsing, and another desktop to stay entirely focused on your work. You can even switch between desktops in the Task View Windows or using Ctrl + Windows Key + Left Arrow/Right Arrow keyboard simultaneously.

You can see that Microsoft also updates its Snap View multitasking features to let you dock windows to the four corners of your screen. While you could split your display between apps before, the number of programs you could have side-by-side was limited by your device’s screen resolution. The system will even suggest what other open apps you can use to fill up available space, a feature called Snap Assist.

Windows 10 Action Center appears to replace the Charms menu that slides in from the right on Windows 8 devices. It collects alerts from your device from all your apps, similar to the notifications drawers in iOS and Android. Depending on the app, you can also respond or reach from this panel itself, with each notification expanding to show more actions.

Windows 10 Action Center also offers a quick way to toggle connectivity options and other settings such as display brightness and contrast.

Off-course we cannot forget Google Chrome or Internet Explorer. But still, Microsoft added the new browser that title with Project Spartan. Trust me this has immense features to explore. New features include PDF support, a reading mode that improves the layout of a long article, and a new note-taking feature. The latter lets you scribble on any page and you can even share your comments with your friend circle through social networks via a slide-in the menu so you won’t have to leave the browse

Microsoft Windows 10 Continuum is a great feature that adjusts a device’s user interface to accommodate different factor. The system will detect if you’ve plugged in a keyboard or mouse and switch modes for more convenient interactions. If you remove the keyboard/mouse, a notification will pop up from the taskbar at the bottom, asking if you want to activate the Tablet mode. When you do, you are greeted with a more touch-friendly profile. Dock your tablet into the keyboard again, and you will get the same prompt, this time asking if you want to exit Tablet mode.

If you are a player, you must know about the Xbox app. Yes, now you can also play any Xbox One Game on your PC or tablet, with the Xbox app for Windows 10. The New Operating system supports Xbox game streaming, with improved speed and graphics performance thanks to DirectX 12 support. The app also lets you record, edit, and share your fragging victories with the Game DVR feature, which lets you grab the previous 30 seconds of your game so you don’t miss unexpected wins.

You can also join your friends in-game across Windows 10 or the Xbox platforms, and see your friends’ activity via Xbox Live.

Many people still don’t know that Universal Apps is one of the highlights of Windows 10. The apps in the Store are lightweight, touch-friendly, and can run either full-screen or Windowed. Updates are handled automatically, and you can install apps purchased on multiple devices. In short, if you haven’t made the leap from Windows 7, you’re missing out on these perks.

The Universal apps have some other benefits over traditional PC programs, too. They can interact with Windows’ built-in notification and sharing features. UWP apps can display current info on live tiles in the Start menu-handy for things like Weather, sports, and messaging. They are also vetted for security and quality and run in their own sandboxes so as not to affect the rest of the operating system. The best appealing aspect of Universal apps is their ability to run on a wide variety of devices, from smartphones to tablets to laptops to powerful desktop PCs to game consoles and eventually the HoloLens 3D extended-reality headset. Let’s not forget the enormous Surface Hub business conferencing unit,

Windows 10 upcoming new and major update-known as Windows 10 21H1 Spring 2021 update- is right around the corner. And since Windows 10 updates can often gum up the works 9or deliver needed changes), it’s time to learn what this update will deliver.

The Windows 10 spring 2021 update isn’t officially out yet, as its main releases “will begin later in the first half of this calendar year,” according to the official announcement post from John Cable, the Vice President of the Program Management division of Windows Servicing and Delivery. Windows Central’s sources say the Update is scheduled for a May 2021 release.

Let find out what’s new in Windows 10’s 21H1 update. Here’s you can check what Microsoft’s John Cable says we should expect:

Hello Multicamera Support: You will use these features when you have both an external and internal Windows Hello camera on your PC, you can now set the default camera as your external camera. Make sure Windows Hello is used for signing into PCs.

WDAG: Microsoft has sped up WDAG a feature that lets administrators configure applications to run in as isolated, virtualized containers for security. Microsoft says opening documents, in particular, should be faster.

Note: This is not enough, but the real fact can be concluded only when you will actually access these new Windows 10 features in 2021.

Hey guys! This was the guide about the new features of Windows 10. Windows 10 has lots of new features and apps for the Windows old version users. Come up and use what you deserve if you are still using Windows 7, 8, or any old Windows version. We have discussed here the top 10 windows features and app includes, which not only enhance your work-life but it also helps to feel you relax, and enjoy, for example; playing the game on Xbox on your PC. Hope you find this article helpful and understand why you shift from windows 7, 8 to windows 10. 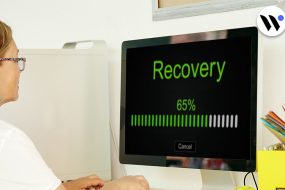